Who is Cactus Jack? 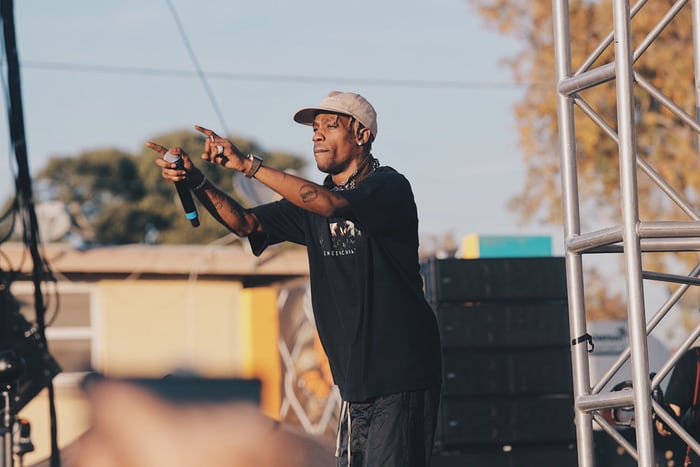 Travis Scott, also known as Cactus Jack, has become one of the most influential artists in music history. His popularity resonates much deeper than music to his fans.

Travis, born Jacques Webster, grew up near Houston, Texas and has stayed true to his roots. He recently donated $100,000 to Workshop Houston, a nonprofit after-school program that gives kids opportunities to express themselves through creative projects. You can catch Travis at almost any big sporting event in Houston representing his hometown. This is one of the many reasons fans worldwide gravitate to Travis. He has stayed loyal to where he has come from and has given back to his community. He has even been given a key to the city of Houston.

Early on, Travis started selling beats to producers in LA to make a living while sleeping on his friend’s couch. He got the attention of hip-hop legend T.I. and was put on a plane to meet Kanye West in New York. It is safe to say the rest is history.

Travis gained much of his popularity through his mixtape Days Before Rodeo. His latest album Astroworldbecame one of the most listened to albums of all time with over one billion streams on Apple Music. The album was named after the amusement park Six Flags Astroworld, which closed on October 30, 2005. His goal with the album was to take the listener through a rollercoaster of emotions, the same way the amusement park did to him as a child. Sicko Modebecame the most popular single on the album and spent 30 weeks on the Billboard top 10, which has never been done before.

His Netflix special Look Mom I Can Flygoes behind the scenes of his lifestyle and his road to the top. The special shows the process of Travis making music in the studio and scenes from his tour Astroworld: Wish You Were Here. It documents his involvement in two of the biggest events of the year, the Super Bowl and the Grammy Awards. It also shows his relationship with Kylie Jenner and the birth of their daughter Stormi.

Throughout his career Travis has always credited Kid Cudi as his inspiration, and the two collaborated on the hit Through the Late Night. This song appeared on his other number one album Birds in the Trap Sing McKnight. In the song Travis pays homage to Cudi by inserting the lyrics:

I toss and turn I keep stress in my mind, mind

I seek the peace, sometimes I can’t restrain

To join a rage at night, come out and play”

“Day ‘n’ Nite” is Cudi’s biggest hit, and the song helped people who were having a difficult time with life know they’re not alone. Kid Cudi’s fans called themselves “Ragers” and this group included a young boy named Jacques Webster. In an interview Travis said, “In my whole career, all I wanted was acceptance from Kid Cudi;I don’t care about nothing else! This dude saved my life.”Travis has followed Cudi in letting his fans find their own path to follow. In the special, one fan says, “Throughout high school I was super depressed, and I had no one to turn to, and he was the first person to let me know I wasn’t alone… Thank you for saving my life.”

He is a modern-day Rockstar who has a much deeper impact than just making music. He has changed the lives of millions, including mine.