Shout out to CAC’s Welding Program 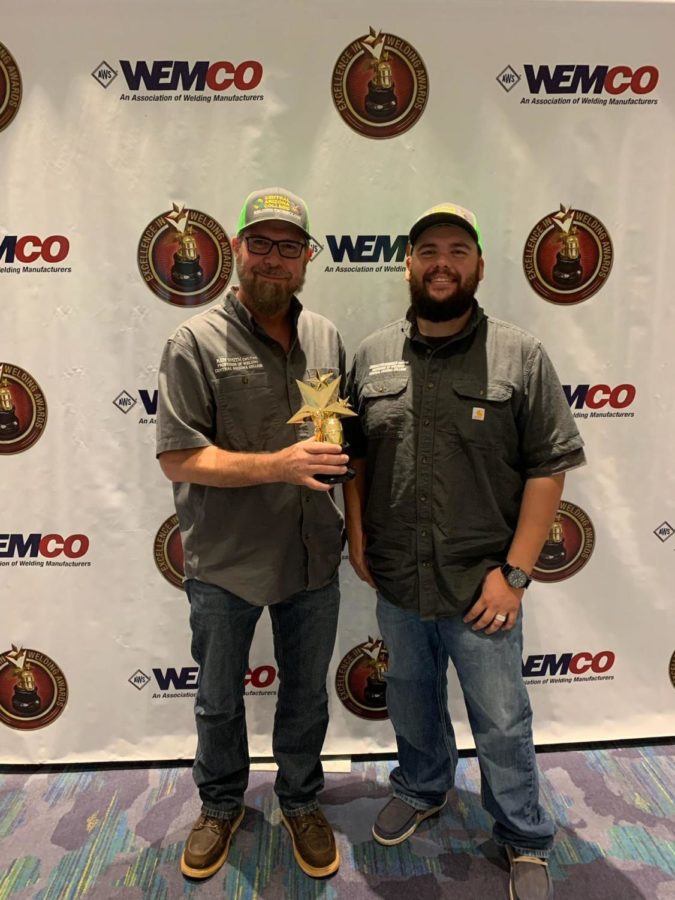 CAC’s welding program was awarded WEMCO’s Excellence in Welding in August of 2021 for good reason!

Welding Equipment Manufacturers Committee (WEMCO) is run by the American Welding Society and hands out this award yearly for various categories, including the educational categories like the one CAC received this August.

The CAC welding program is based at the Signal Peak campus in the V building. With tables and statues made of metal, almost everything but the building itself is built by the welding students and professors. Ken Smith, CAC’s professor for pipe welding, said that he “treats his classroom like a workspace.” His classroom is an outside area with two whiteboards and a wall with all shapes and sizes of metal pipes welded together. The program has on average 65-130 students split between its two professors and three adjunct professors.

During an interview, both Smith and Porterfield stated, “There is a massive shortage of trades people right now.” This massive shortage means easy employment for anyone with an associate degree in this field. Porterfield stated during the interview that anyone who wants it will be able to get a job after completing the program. “You decide what you get out of the time you spend here,” he said.

Those interested in the welding program should know the welding professors’ expectations. Smith said they look for, “Hard workers willing to work hard and have pride in their creations.” For information about admission to the program, contact CAC’s welding Coordinator & Recruiter Lexi Porterfield at [email protected]. You may also visit CAC’s Guided Pathways maps for different welding degrees at https://centralaz.edu/academics/areas-of-interest/industrial-technology-and-skilled-trades/.