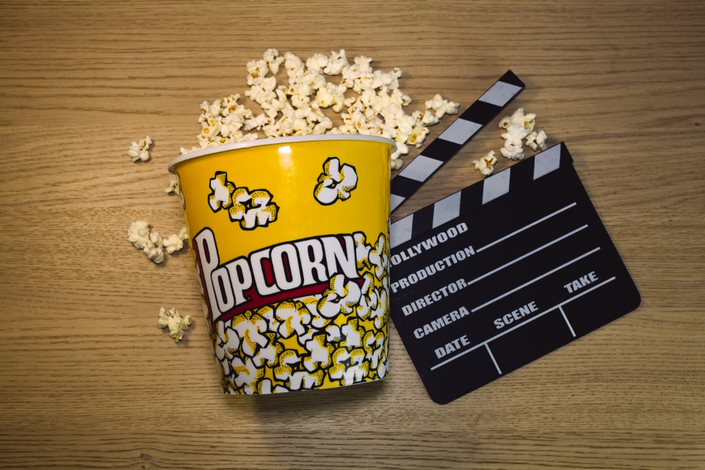 Most everyone has a favorite Christmas movie and a favorite Halloween movie, leaving a gaping hole for November viewing outside of football season. Considering that Black Friday also falls during this month, perhaps seeing a film in the theatre stretches an already snug budget just a shade too far. In view of these restraints, November provides an ideal opportunity to see films either previously watched and loved, missed in the theater, or forgotten oldies-but-goodies.

Suggested by several movie goers with details provided by the International Movie Data Base, films with classic appeal and engaging storylines appear below. This list of previously released films, sorted by rating from kid safe to for adults only, will help get the mental ball rolling, even if you don’t watch anything on the list.

“The Princess Bride” – This 1987 film by Rob Reiner has a PG rating and a gifted cast. Cary Elwes and Robin Wright play Westly and Buttercup (the title character) respectively in a fun adventure story involving pirates, betrayals, and true love. Look no further if you seek pure escapism. Presenting only mild gore in rapier combat, this film would likely be acceptable even to the strict parents of young children in need of a babysitter.

“Spirited Away” – A 2001 film produced by Studio Ghibli working with Disney Studios, this Hayao Miyazaki work qualifies as anime. Winner for Best Animated Feature in the 2003 Academy Awards, the film may be one of the best choices for anyone wanting to try out the genre. When her family’s move goes wrong, it’s up to their young daughter to save both herself and her parents. With frightening or intense scenes, mild blood and gore, and a few references to alcohol/drugs/smoking, this film is rated PG.
“The Nightmare Before Christmas” – Released in 1993 and rated PG, this Tim Burton work received an Academy Award nomination and won several other awards. This film may be the definitive November movie, considering it stretches over both Halloween and Christmas. Following Jack Skellington’s adventure and featuring music from Danny Elfman of Oingo Boingo, this claymation film received an update in 2018. The PG rating stems from some intense scenes that may frighten very small children, but no nudity or other sexual overtones distract from the holiday adventure.
“Remember the Titans” – Starring Denzel Washington, Will Patton, and Wood Harris, this biographical drama follows a newly integrated high school team in Virginia. Based on actual events from 1971, this film probably isn’t for very young children despite its PG rating. As a film about football, there are scenes of violence, swearing, and mild gore presented in intense and sometimes frightening scenes.
“Forrest Gump” – Tom Hanks plays the title character in a slice-of-life film from 1994. Featuring a soundtrack with plenty of classic rock hits, this tale follows a mentally challenged Forrest though the stages of life. Rated PG-13 for nudity, violence, profanity, and intense or frightening scenes, particularly when Forrest fights in Vietnam, this movie probably isn’t for children or the sensitive.
“Deadpool” and “Deadpool 2” – Despite being superhero movies, these 2016 and 2018 movies feature quite a bit of comedy. They follow the life of the title character through various adventures and mishaps, with Deadpool himself as a narrator. Both films rate an R designation, in large part due to the title character’s frequently objectionable if amusing language. As superhero films, both works also have copious violence, gore, and nudity scenes; neither is a good choice for children.

“Saving Private Ryan” – Steven Spielberg’s 1998 epic featuring Tom Hanks won five Oscars and received nominations for several more. This film about a group of soldiers retrieving a paratrooper from behind enemy lines during World War II includes quite a bit of both gore and swearing, resulting in a R rating. It is widely considered one of the best war films ever made, so if you love the genre, it might be time to see this one. Again.
“M*A*S*H” – For those not looking for a film but rather something to binge watch, one of America’s favorite television shows is M*A*S*H. Funny and insightful, this show aired from 1972 to 1983, lasting longer than the war it was set in. While not all the humor plays well to a modern audience, the show retains its ability to reflect on the human condition. Various episodes rate differently, with the overall rating of PG due to the nature of the series; limited blood and gore for a medical show, occasional swearing, copious use of alcohol, and plenty of frightening or intense scenes.

Finding something to watch this November, without breaking the bank, challenges every film enthusiast, but it doesn’t have to be a journey to the ends of the earth.

Photo by Ricardo Ortiz from Pexels