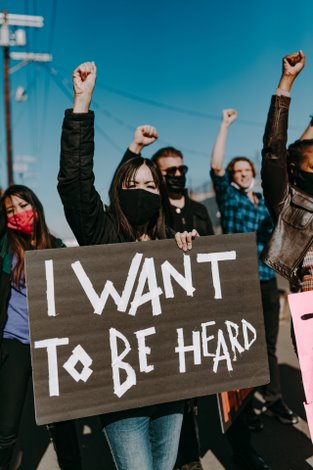 Photo by RODNAE Productions from Pexels

It’s 1960. Can you vote in the upcoming Presidential election?

Voting forms an integral part of the United States political system. Since the right to vote ties to citizenship in the US, every citizen needs to understand the basics of how voting works both currently and in the past. With recent changes to election law and since elections run in November, a review of the process seems advisable.

One of the most significant pieces of legislation is the Voting Rights Act of 1965. According to the Georgetown Law Library, “The Voting Rights Act of 1965 offered African Americans a way to get around the barriers at the state and local levels that had prevented them from exercising their Fifteenth Amendment right to vote.” Congress amended the VRA several times and expanded its scope since. Georgetown Law Library says, “This law has been called one of the most effective pieces of civil rights legislation ever enacted by the Dept. of Justice.”

The significance of the VRA of 1965 shows in historical context. When the framers of the Constitution originally wrote the Constitution, slavery provided most of the labor force for the Southern economy. This meant contending with individuals living in the United States that could not legally be considered citizens. To resolve this, the framers left the questions of citizenship and voting to the states. Just prior to the Civil War, the Thirteenth Amendment abolished slavery. It also left the ex-slaves without citizenship and failed to change much for other groups, notably women.

Following the Civil War, the Civil Rights Act of 1866 passed by Congress over President Andrew Johnson’s veto mandated that “all persons born in the United States,” with the exception of Native Americans not taxed, are “hereby declared to be citizens of the United States” according to the US House of Representatives Archives. The abolitionists of the time, concerned over the possible removal of this law, pushed for an amendment to the Constitution. When ratified in July of 1868, the Fourteenth Amendment permanently altered the status of previously enslaved citizens and provided for equal protection under the law. The Fifteenth Amendment followed the Fourteenth just under two years later. The US House of Representatives Archives said the Fifteenth Amendment, “Forbade any state to deprive a citizen of his vote because of race, color, or previous condition of servitude.”

After the passage of the Fourteenth and Fifteenth Amendments, some states enacted legislation often called voter suppression laws. Voter suppression in general terms is any legal or extralegal effort that, intentionally or by practical effect, works to reduce voting or impede registration to vote by a specifically targeted group. Including gerrymandering, grandfather clauses, white primaries, and discriminatory voting tests, these laws faced and usually failed Supreme Court challenges. Between 1870 and 1965, Congress passed a variety of federal acts to deal with voter suppression laws, finally culminating in the Voting Rights Act of 1965.

In 2013, the Supreme Court held in Shelby County v. Holder that Section 4(b) of the VRA used outdated information to determine preclearance coverage; meaning it no longer represented current needs. This ruling declared the section unconstitutional, affecting online registration, early voting, preregistration, and same-day registration. Several states have since enacted restrictive voter ID laws. Justice Ruth Bader Ginsberg dissented, saying, “Throwing out preclearance when it has worked and is continuing to work to stop discriminatory changes is like throwing away your umbrella in a rainstorm because you are not getting wet.”

Photo by RODNAE Productions from Pexels